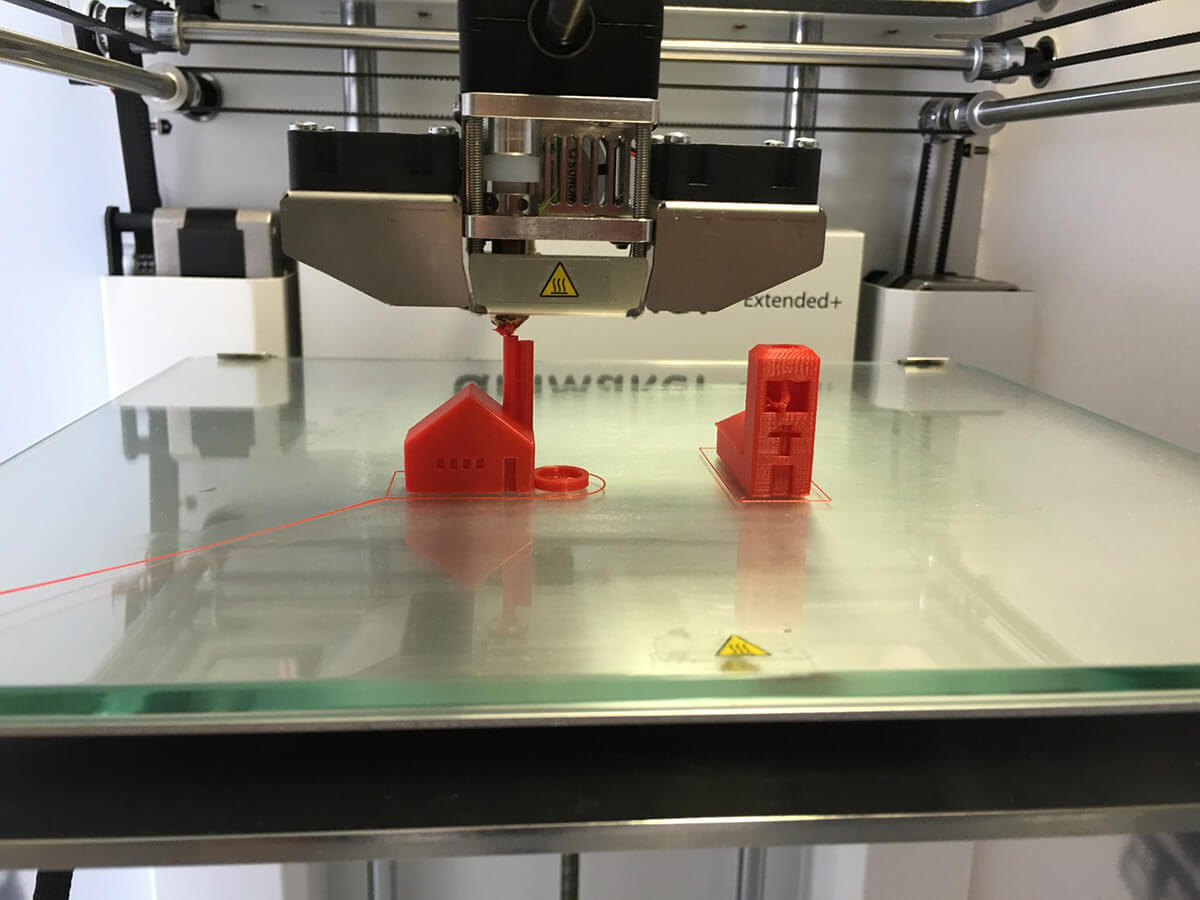 We’ve been exploring a lot about robotic innovations, flying drones and unmanned cars in smart cities. But now, the way 3D printing is developing, it seems like the technology will soon overpower the others. Perhaps, it will have the power to make or create anything – looking at how researchers and innovators are developing 3D printing processes that were impossible just a few years ago.

Well, how about getting your house created in a matter of 54 hours? This could sound crazy to someone who is unaware of 3D printing. But this has already happened in Nantes, a city in France. The Ramdani Family, a family of five were the world’s first dwellers to move into a 3D-printed four-bedroom house, last year in 2018. The rest of the story continues below!

A consortium of scientists, manufacturers, public and socio-economic planners came under one roof with ‘Yhnova’ project to construct the first set of commercially viable 3d-printed houses in Nantes, France. The project gained momentum under the guidance of the University of Nantes (IUT). The intention was to construct energy-efficient, pliable and affordable housing in a time and cost-effective way.

The team deployed their patented 3D printing technology, ‘BatiPrint3D’ to manufacture the houses. With the new technology, they were able to create arched walls that enhance thermal resistance and air circulation while creating a wheelchair accessible design inside the house. Each house was built in a way that it could curve around and protect the 100-year old trees breathing on the plot. The houses highlight a unique appearance outside while the inside offers all the amenities for a family to live with convenience, safety, and comfort.

In total, five 3D-printed houses were built which include bungalows, two-storey and three-storey concrete structures. The houses were built to meet all statutory building requirements. As per the creators, these houses are durable enough to last for nearly a generation.

Further, plans are to augment the houses by printing electrics, pipes, and smart sensors for lighting and heating. Apart from the installation of roof fixtures, doors and windows that took four months, the entire house was printed in 54 hours. It took £176,000 for the construction, making it 20% cheaper than traditional methods for an identical project.

As for the occupants, it was a transformational change to have moved from a block of council flats from the 60s to a really amazing independent house with a garden.

After the successful completion of the project, the team is now confident that they can reduce the cost of the construction by 25% in five years and 40% in 10 to 15 years. Additionally, they also believe that the print time for the same house could be reduced to 33 hours. In fact, the Deputy Mayor of the City of Nantes, Franky Trichet is positive towards the use of this technology in the French cities. Firstly, they aim at targeting mainstream construction. Secondly, they are looking out to use the new construction process in building structures like sports halls or public buildings.

Currently, the team is planning on creating a suburban neighbourhood using the same 3D printing process to build the houses. For architects, this new process is much more interesting than the traditional ones as there are more possibilities and designs that can be achieved.

Amsterdam has to its smart city heritage the world’s first stainless steel bridge installed across one of its oldest and most popular canals in the centre. The bridge was showcased at Dutch Design Week by Dutch robotics company MX3D. The bridge was a creation of designer Joris Laarman.

It is interesting to know that the bridge was constructed by six-axis robots from layers of molten steel. The robotic arms working on it were programmed to manage wide-scale welding machines. They were also equipped with purpose-built tools which shows the potential applications of multi-axis 3D printing technology. The entire bridge was designed as per the regulations and specifications laid down by the local council.

One of the best parts of this bridge is that it is fitted with sensors that can monitor the structure’s performance and simultaneously gather data related to strain, rotation, load, vibration, and displacement. Thanks to the collaborative work done by MX3D along with the mathematicians from The Alan Turing Institute and engineers at Arup. They created a smart sensor network on the bridge.

While here we are talking about 3D-printed bridge out of stainless steel there is much more to anticipate.

It is quite fascinating and relieving for environment enthusiasts to know that 3D printers are also great at creating 100% eco-friendly structures. The Italian 3D printer manufacturer, Wasp built the first eco-friendly house named “Gaia”.

The house was printed using the mud sourced from the enclosing area. It took 10 days and 900 euros to build the house. The construction was possible due to a new “infinity 3D printer” that can use raw materials found on-site to build a structure. Significantly, this reduces material and transportation costs.

To construct the house, the company used raw soil as the primary binder of the constituent mixture – a new eco-sustainable architectural model, as per the company.

For the creation of the mud house, Wasp worked with RiceHouse, an organisation that concentrates on the enrichment of waste from rice cultivation. The organisation provided vegetable fibres that helped in developing a compound consisting of 25% soil (sourced on-site), 40% straw chopped rice, 25% rice husk, and 10% hydraulic lime. All the supplies were mixed to form a homogeneous mixture using muller. Hence, Gaia was solely made with natural materials.

From the environment point of view, it is high-performing in energy and indoor health. It does not require heating or cooling systems as it maintains a moderate and comfortable temperature both in summers and winters. This means it has zero environmental impact.

Now It Is Possible To Print Glass Structures 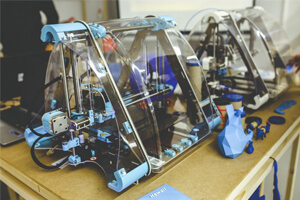 Until recently, creating glass structures/object using 3D printing was a complex process that required heating the materials to temperatures of about 1,000 ℃. However, even that process ended up in coarse and rough structures unfit for most of the applications. But now, scientists have come up with a new technique that can enable fabrication of complex glass structures. The secret ingredient of this technique is “liquid glass” – as called by the researchers.

Recently, in 2017, Mediated Matter Group at MIT successfully conducted a fabrication experiment using glass. They showcased a set of 3-metre tall glass columns created using 3D printing. With this experiment, the Mediated Matter Group unveiled the potential of an ancient material mixed with the latest innovation in the smart city environment. This experiment showed that it is possible to construct freestanding glass structures at the architectural scale using the 3D printing technique.
Well, the innovation and augmentation in the world of 3D printing don’t end here. Researchers and scientists are constantly working to come up with new applications and opportunities. The vision has gone so far that they are already planning for a Mars habitat using 3D printing.

The Use Of AI In Safety And Security