Traffic congestion is perhaps the worst of the scenarios seen in the cities. When we visualise the landscape of a city, traffic is one of the first things that come to mind. Not like the countryside, but cities can enhance the level of comfort and convenience.

The cities need to go about implementing new strategies and technologies with the aim to address the contributing factors. These include ageing infrastructure, lack of real-time data, inefficient and uncoordinated traffic signal timing. Greenhouse gas emissions and the impact on health is another crucial aspect to focus on. Many smart cities are on the way to solve traffic congestion, let’s us see how!

A report from the American tech company Parsons Corporation revealed certain facts related to the wait time at red signals. In the US, poor signal timing alone is responsible for over four million hours of annual vehicle delays. Intersections are the most vulnerable to accidents with two-fifths of pedestrian accidents reported.

Hence, intersections integrated with intelligent technologies have the potential to effectively address these problems. Besides, it will also reduce fuel consumption by 20% as well as cut down GHG emissions.

Following the findings, Parsons Corporation has come with a solution to solve some of the complex congestion issues. Interestingly, it has embraced a unique approach to collaborating with governments in this matter. The company has launched a smart city initiative called ‘Transforming Intersections’ challenge. The aim is to enhance movement around cities and decrease the time people spend at red lights.

According to the technology they have to offer, cities can tap into the existing data to provide automated traffic re-timing based on changing traffic patterns. This will not just improve mobility but also enable connected vehicles to communicate with traffic signals.

In addition, traffic signal managers can also prioritise the movement of emergency vehicles and public transport. In fact, technology shows the capability to extend the green light for pedestrians who need extra time to cross a road.

So, as a challenge, Parsons Corporation has started the process this month in August. Cities and counties across the US and Canada are encouraged to apply for collaboration with the company. As stated by Andrew Liu, Parsons senior vice president of smart cities, the winner of the challenge will receive a free one-year trial of the intelligent intersections solution.

With a growing population, augmenting development, and demand for innovative services managing a city’s transportation network is a complex challenge. However, the company claims that although the mobility challenge is complex, the solution could be as simple as an intelligent intersection.

Traffic Management With A 360-degree View

The collaboration involves the installation of new intersection traffic controllers as well as integrating existing ones. The ATMS will attract traffic networks into a single repository to deliver a real-time, 360-degree view of transportation operations.

The new ATMS developed by Trafficware covers latest connected vehicle technologies, web-based tools like signal performance measures and system dashboard. Other highlights include the integration of SynchroGreen adaptive signal control; IoT technologies to measure and enhance traffic flow; and transit signal priority (TSP) for buses. All the features together will help address the challenges of transportation management.

Trafficware has designed ATMS to allow smart cities to make a headway with their smart city plans. It will also serve as a tool to support the augmentation of the use of connected vehicles – about to arrive in the near future. In fact, it is shaped in a way that it can be scaled when the specific requirements of an agency increase.

As per the company, it has over 300 major ATMS installations. It’s hardware and software products have been deployed at about 50,000 intersections internationally. Some of these cities include Houston, Oklahoma City, Orlando, Jacksonville, New Haven Cairo and Egypt.

Navigant Research predicts that the advanced traffic management will have a global market worth $1.1 billion in 2019. Annual revenue is estimated to reach approximately $3.8 billion by 2028. This denotes a compound annual growth rate of 14.2%.

So, in the next 10 years, ATMS market will show a strong and steady growth curve. Navigate Research says that there is a possibility of growth as cities keep the reduction of traffic congestion on a priority. Other key drivers include mitigation of GHG emissions, enhancement of safety and livability and integration of ATMS with other smart city initiatives. As connected vehicles and automated vehicles take to the roads in the future, the adoption of ATMS will further augment.

First thing cities ascertain is the level of maturity they require with ATMS to establish. But the next important step should be the consideration of how the investment can support the bigger smart city goals.

The majority of the traffic management systems operate on communications. Hence, taking that as an example, cities may update their fibre infrastructure for improved traffic management. This further can underpin the future with connected and automated vehicles.

Further, to fund these systems, cities should leverage their traffic light assets to bill rental fees to different companies. For example, cities can generate revenue by leasing traffic poles to mobile phone carriers for 5G deployment. Moreover, updating government procurement models would be of help in expanding the ATMS deployment.

That being said, it is crucial that smart cities draw a demarcation line for implementing technological measures. They should also focus on optimising mobility by reducing the total number of vehicles on the road. Greener modes of transport like bicycling should also be encouraged. For example, Rotterdam came up with a solution for better traffic management for cyclists.

Following are a few recommendations from Navigant Research for suppliers intending to capitalise on the expanding market for ATMS. 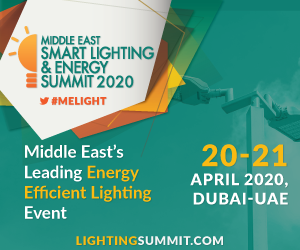 How to make sure your smart city is future ready