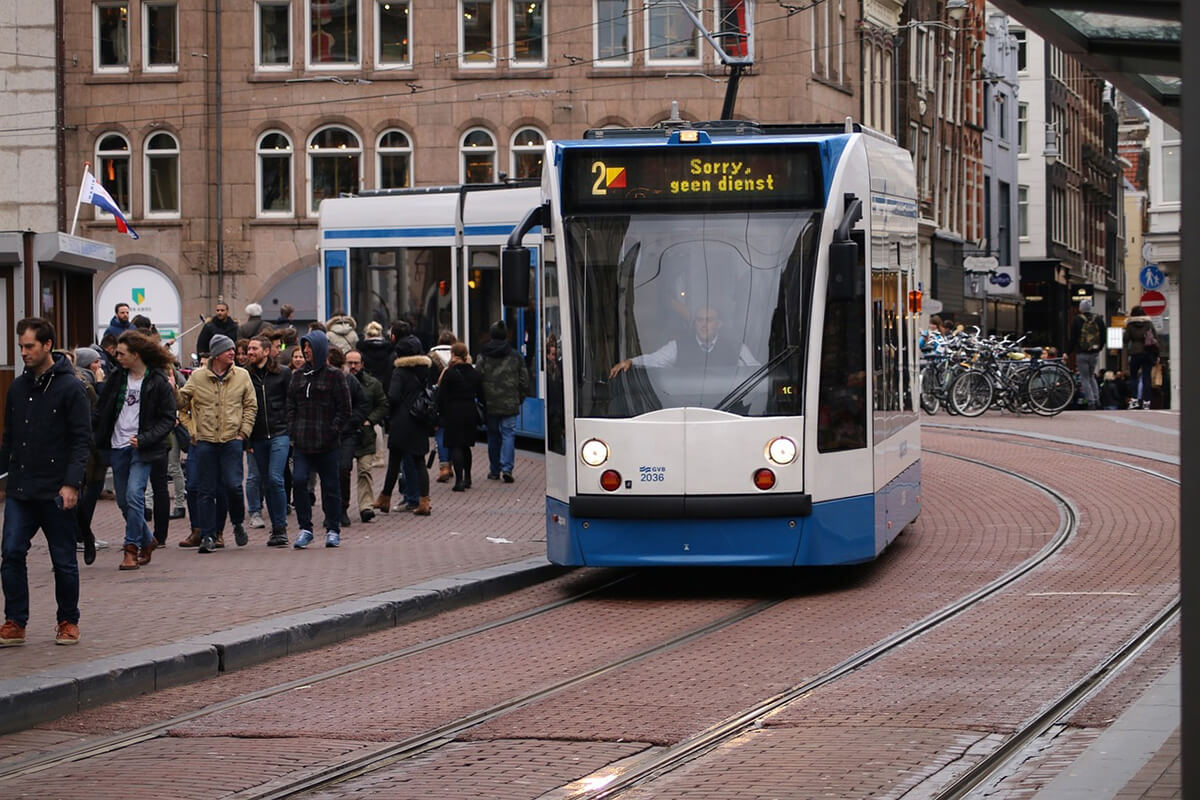 While Barcelona was the winning city of Europe’s Capital of Innovation award in 2014, Amsterdam with its tremendous performance in smart city initiatives grabbed the title in 2016 given by the European Commission. Since then, both the European cities have been the leading examples of what it takes to become a smart city.

Coming to Amsterdam, it’s a city famous for integrating data-driven solutions to rebuild the infrastructure of the city into a smart space. Smart city initiatives were recognised in Amsterdam from the year 2009. In this 8 years span, Amsterdam has transformed the city into a rapidly evolving smart city. How Amsterdam’s vision has stimulated its accomplishments is an interesting story discussed ahead.

The startup capital of Europe is the centre for innovation and new ideas. The city fosters to become economically strong and adopt sustainable solutions to make Amsterdam structurally strong by 2040. Hence, its vision rests on six spatial undertakings which include:

All the six spatial undertakings are taking shape by considering the datasets of the entire city.

A Study Revealing The Strategies Of Amsterdam

MIT Sloan Management Review carried out a case study in 2016 on Amsterdam’s data-driven management solutions taking place since 2009. According to the study, Amsterdam is one among those cities which have pioneered in exploring the possibilities of improving urban life with data analytics. The flip side is, along with opportunities there are some challenges faced by city managers that need to be approached by collaborating with stakeholders from private as well as public sector.

The research of MIT revealed certain factors that determine the foundation of a smart city:

How Important is Private Sector Data in Changing the Policies?

The smart city projects of Amsterdam overlay 8 primary categories that include big and open data, smart infrastructure, smart mobility, smart economy, smart society, smart areas, smart living and living labs. A good number of stakeholders contributing towards developing these 8 areas belong to the private sector. For instance, a local navigation software and technology provider has helped in improving the traffic flow of the city in real time by developing a GPS data platform that is being used by the city efficiently. Before this data was introduced, the traffic was controlled by data which was built in 2011. But in 2016, the usage of cars had come down by 25% and the scooter usage increased by 100% (after 2011). Hence a revamped model in 2016 enhanced the traffic flow considerably. This event shows how important is private sector data in improving the cities.

Why is it Important to Have a Chief Technology Officer(CTO)

Amsterdam city strategies greatly rely on data and analytics. For the same, in 2004 Amsterdam appointed its first chief officer to organise the data work. It was Ger Baron who accepted the responsibility after having worked for smart city initiatives for 6 years. Therefore, to implement the strategies after a thorough analysis of coordinated data, its crucial to have a chief technology officer on board.

Why Management of Expectations is a Must?

Limelight of internet of things and big data reach an extreme point that gives rise to expectations that the smart city initiatives will produce quick results – the travel time will reduce to half, energy savings will be huge and much more. Conversely, Amsterdam has not witnessed such rapid changes while implementing the smart projects. For example, according to an MIT interview with CTO Ger Baron, companies that come to Amsterdam expect to receive a data that is already structured(which is not the case). On saying this he notes “we don’t even know how many bridges we have”. Baron says inspite of so many achievements gained by the city it is “very much as a starting point of the transformation”.

How a Simple Inventory Plays the Role in Giving the First Step to Smart City Initiatives?

The first underlying step for Amsterdam was to inventory the dataset of the entire city which ultimately resulted in 12,000 datasets across 32 departments of the city. Every single dataset contained its own mannerism. A strong infrastructure, detailed data and a system that maintains the procedure of changing data supply are the factors behind getting successful analytics.

Why Experimenting with Pilot Projects, Analysing them and Adopting a Repetitive Performing is Important for Success?

Amsterdam has initiated more than 80 pilot projects to enhance urban life. One such significant pilot project that focuses on reducing the trips of the trash trucks for recyclable waste collection includes availing the residents with four different colour waste bags to separate plastic, glass, paper, and biowaste. Another different project has substituted Amsterdam’s parking meter stock with mobile apps that help in online payment. These initiatives demonstrate the efficiency and feasibility of the project. It helps in making better plans for the future by learning them. Because experiments lead to innovative inventions and breakthroughs.

How Citizens can Help Initiatives Expand?

In April 2013, Amsterdam Institute for Advanced Metropolitan Solutions (AMS Institute) became the key player in Amsterdam smart city efforts through the proposal laid by Delft University of Technology, Wageningen Amsterdam Institute and MIT in an international technology institute design contest held by the city. The idea was to develop smart solutions through joint effort among academic and research institutions, businesses and municipalities and most important the residents. $50 million were invested initially that helped in laying the key solutions. One such example is the ‘Beautiful Noise’. This project studies the material posted by people on social media platforms like Flickr, Twitter and Instagram. The goal aims at keeping a check on the geo-social data produced by the visitors and residents. This helps in identifying patterns and sending out alerts regarding events like queues at the museums and delays in public transit.

One thing that makes the city different is that it has changed its City Data into an open source platform. This means anyone can easily access the data or even add datasets to the existing collection of the data. Amsterdam’s City Data is available online. It is easy to find it online, download and connect to your own system.

Amsterdam using data to drive the smart city projects is not a new concept. Netherlands and Amsterdam, in particular, use data-driven technology to endure in combating the ever-existing threat of flooding(as 55% of the population in Netherlands live under flood risk zones). The city depends on a system of dikes, levees, and barriers as a protection against flooding. Information technology is employed as a powerful tool in managing the complex systems of the city.

Further, the city is constantly making favourable changes to replace the car travel by a better, energy-saving, safe and a more sustainable travel solution. And it is also improving its electric car infrastructure, traffic and parking systems including other smart city services. The city maintains its pace in developing the smart strategies by letting every single person (be it visitors or citizens, businesses or governments) participate in achieving the 2040 goal of becoming a structurally strong city.

Next city with smart innovations is the most wanted city of America. What makes it the global leader will be featured in the following blog.