Blockchain has the potential to disrupt any kind of transaction that is related to trusted information. Recently, we explored the magnificent ways blockchain could be used to eradicate poverty. But, it has far more potential to empower entire smart cities. The advent of blockchain technology has brought in a new wave of innovation on the basis of which, smart cities can exist as urban environments operating independently.

Today, it is anticipated that blockchain will penetrate in every important sector of urban society including healthcare, public safety, education, energy, agriculture, defence, and governance. Let us look into the role of blockchain in each one of them.

Impactful Role Of Blockchain In Important Sectors Of A Smart City

The latest PWC report shows the potential impact of blockchain in the future of smart cities.

1. Healthcare – Healthcare is witnessing significant transformation with the penetration of digitisation of health records. Considering the role of blockchain in this area, it can create a secure and flexible environment for exchanging electronic health records (EHRs). With this, the technology could become more promising in creating provenances for blood, organs, critical drugs, etc. Securing all medical licenses on a blockchain could further prevent fraudulent doctors from practising.

2. Public Safety – Transparency is one of the glorious features of a blockchain. Considering the fact, it could be crucial in delivering more efficient public safety. It can help resolve the issue of interagency coordination by providing a consolidated source of truth which is connected by independent agencies on predefined conditions.

3. Education – Faculty records, student records, educational certificate, etc., are fundamental assets of any educational institution. Educational records are required to be shared with many stakeholders and therefore it is vital to ensure they are reliable. In such cases, blockchain could ascertain the provenance of educational records accurately. Certificate attestation and verification can also get easier with technology.

4. Energy – Blockchain has the potential for microgeneration of electricity via home power generation using solar energy supply. This promotes the use of renewable energy in a transparent and smart way.

5. Agriculture – Food chains can improve transparency, curb the complexity and reduce costs by deploying blockchain. Just as its potential in other areas, it can determine provenance and traceability from farmers to consumers. Additional possibilities include the implementation of blockchain in managing agricultural land records and insurance.

6. Defence – Defence infrastructure information and related computer systems are critical to national security. Therefore, it is diffused over multiple locations in order to deter unauthorised access and alteration. For this, blockchain can be utilised to provide consensus-based access for altering data and diffusing access across different system resources including data centres, network, and hardware equipment.

So, looking at the possible use of blockchain across different areas of smart cities, its benefits are tremendous!

Liberstad is a smart city in Norway, officially declared as the first private city of the nation, on June 1st, 2017. The real definition of a smart city in the case of Liberstad comes from its vision which stands on the philosophy that ‘all human interactions should be voluntary.’

By declaring the city as a ‘private city’ it means that every property in the place is private and that every service is offered by private entities. The private city came to existence with the support of over 100 investors and 27 countries across the world.

But the biggest factor that leads to the establishment of the private city is blockchain. Liberstad has adopted City Coin as its official currency. City Coin is a secure cryptocurrency native to City Chain, a smart city platform that facilitates the design, implementation, and use of future services in smart cities. The platform offers opportunities to emerging cities like Liberstad to establish city services on a private and voluntary basis.

City Chain offers a host of features among which City Hub is the most intriguing. City Hub is an intuitive easy-to-use municipal dashboard for smart city residents. By accessing the app, residents can interact with the community, roll out city-wide initiatives, manage their identities, register for properties and more.

Coming back to City Coin, it is the only medium of exchange in Liberstad. It is used for making payments for city service, worker salaries, and also for funding civic projects. The cryptocurrency is available for trading on the P2PB2B exchange and Liberstad Block Exchange (LBX). To view and explore the blockchain, residents use the City Chain dashboard. For example, via the app, residents can have access to transaction history stored on the blockchain.

Nevada To Have A Smart City Fully Operated With Blockchain Technology 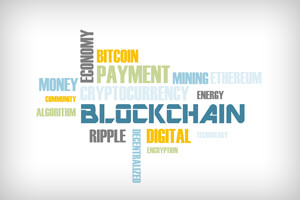 A 68,000-acre innovation park – size as big as a city – is about to be developed in the state of Nevada, US. The project is being furthered by blockchain LLC with a vision to showcase the power of public blockchain.

The project will commence with the development of a 1,000-acre campus that has been christened ‘Blockchain’s Graphene Valley’. The valley will be home to a high-tech R&D facility that will incubate 4 transformational technologies together which include AI, 3D printing, nanotechnology with blockchain at their heart. The facility will also incubate concepts related to clean water and energy – at a level that has never been reached before.

In addition, the innovation park will have the first “immersive” content creation studio. The aim behind the development is to provide power back to content creators, and an e-gaming arena where accounts will be managed on the blockchain. This new ecosystem is being created with a belief that e-gaming and e-sports will overhaul professional sports in the future.

The park will also have its own bank with a vision to create the most blockchain-friendly and transparent bank in the world.

Plans are also running along the line to create a new business model called the Distributed Collaborative Entity (DCE), that owns assets worth over $300 million and zero debt. The assets will be distributed within suitable stakeholder groups that will have possession and control of blockchains.

NV Energy, that provides its service to 1.4 million customers in Nevada will collaborate to work on the ambitious project. The two parties will work together on energy projects powered by blockchain. NV Energy will employ blockchain to pilot concepts that determine the position of customers in terms of consumption, management of energy creation, storage and transactions.

The main aim of this partnership is to develop technological solutions that will deliver customer-centric energy platform – powered by public blockchain. The aim will go ahead with the purpose of integrating approved incubations into Nevada’s energy framework.

Norway already has a city being fully operated via blockchain while Nevada is about to have one in the near future. Looking at the potential of blockchain to power entire cities, what do you think? Will smart cities operate better as blockchain cities in the future?

Renewable Energy
The US Energy Information Administration recently reported that the world will consume over 21,000 TWh of electricity overall...

Smart Healthcare
Already, over half of the global population lives in cities. The number is estimated to increase to...

How Can Blockchain Bring People Out Of The Poverty Line?