In 1950, cities were home to 29% of the world’s population. In 2014, the figure almost doubled with 54% of the population living in cities. And, by 2050, this figure is estimated to reach 66%. The constant influx of people in cities is happening in both developed as well as the developing regions. One interesting thing to be noted here is that the increasing ingress of people towards the cities is parallel to the increasing development of technology (keeping the numbers aside).  This factor has given an opportunity to the local governments to meet the local demands with an immediately available technology – giving rise to smart cities.

Logically, the population is one of the greatest driving forces behind creating a sustainable city. Besides that, the urge to leverage technology in the best possible way can be considered another driving force that connects with the future visions of the government. Ultimately, everything and every plan go hand-in-hand with citizens being the centre of all the driving forces. But what are the other key driving forces behind the creation of citizen-centric smart cities? Let us find out the answer from Smart City Indicator survey conducted by Johnson Controls.

What Does The Smart City Indicator Survey Reveal?

Johnson Controls, the Ireland-based technology and multi-industry solution provider extending its services across 150 countries conducted Smart City Indicator survey in 2017 for the first time. The aim was to observe the key drivers, organisational barriers and technology trends that impact the smart city initiatives. The survey was carried out among 150 city leaders involved in smart city initiatives in 12 countries including United States, Canada, Mexico, Brazil, Argentina, Colombia, France, Germany, Poland, India, China and Singapore. 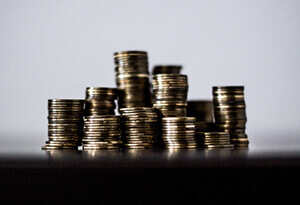 According to the survey analysis, there are three key drivers for global smart city initiatives – economic development, environmental pollution and sustainability. Nonetheless, the key drivers may slightly differ from cities to cities depending on the local critical needs. For instance, the key driving forces for Canada and United States of America are public safety and communications infrastructure. Even for the smallest cities in the survey, public safety came out to be the major driving force.

Aside from key drivers, there are barriers that have a visible impact on smart city initiatives. At the global level, lack of funding came out to be the biggest barrier. On the other side, for Canada and U.S, the security issue is an additional barrier for the cities. Considering the global statistics, 57% of the respondents showed that majority of the funding for smart city programs comes from national and state governments. But, in Canada and U.S public-private partnership is the biggest source of funding. The financial barriers are due to lack of appropriate financing options. In smaller cities, internal competition for capital is regarded as one of the major barriers.

By technology trends, we mean to describe the kind of smart city tech-applications that are popular among the cities. Implementation of smart LED street lighting, city data platforms, smart public safety, broadband infrastructure, smart energy systems, pollution control programs (waste management, air quality control etc.) are some of the smart city initiatives that have been partially implemented by more than 60% of the smart cities while some others having these programs under pilot phase.

Smaller cities indicated a greater inclination towards implementation of LED street lighting and city data platforms than major cities. In the meantime, 99% of the respondents claim to have achieved full implementation of the applications successfully out of 22 smart city applications included in the survey.

From the technological point of view, a significant percentage of the respondents showed interest in artificial intelligence, data analytics, internet of things and cyber security – these are emerging as powerful elements that will have a tremendous impact on smart city initiatives over the next five years.

What Can Cities Learn From The Survey? 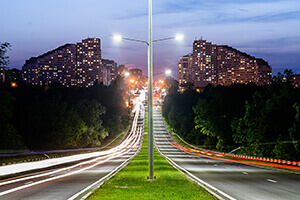 The learning comes from the challenges and barriers rather than just the driving forces. Cities around the world can adopt certain fresh new approaches to catalyse the creation of inclusive smart cities.

Integrated planning that goes beyond the traditional boundaries of government and stakeholders can be an effective option in spotting and leveraging cross-cutting opportunities. This can lead to realising the opportunities like the smart street lighting which is a comprehensive solution to the reduction of energy and maintenance costs, enhancement in public safety and security (with the installation of smart sensors) and elevation of the quality of life. Moreover, these can also serve as the junction for communication infrastructure and data analytics to make cities more connected.

The newest technologies such as AI, internet of things, data analytics and cyber security are the top technology trends that can give upward push to the quality of life for people with the availability of better products and services in the cities.

Another factor that should be taken into account is the adoption of pilot programs that can help cities measure the performance, cost, savings of a particular smart city application. However, global smart city initiatives are funded by national and state governments that make the transformation of an accomplished pilot into full-scale implementation a challenge. To overcome this problem, city leaders could go for an innovative financial solution in the form of public-private partnerships also taking benefits from the energy savings performance contracting that can enhance the municipal infrastructure without putting the load on taxpayers or the city.

To understand the benefits of energy savings contract, El Paso, Texas stands as a good example. The city of El Paso signed a contract for installation of 18,800 LED street lights, 6,600 LED traffic signals, wireless lighting controls and an automated GPS system to manage the LED infrastructure. The project resulted in 65% reduction of energy and maintenance costs.

Funding is often a barrier for smaller cities like the city of Marquette, Michigan. To combat the challenge, the city took the advantage of Tax Exempt Lease Purchase legislation and became a part of a $27 million performance contract. $42 million savings is guaranteed over the term of the contract. This single contract leads to installations of HVAC systems in buildings, new IT infrastructure, 22 upgraded traffic intersections, 2,600 smart street lights, 3,300 smart water meters and new electric cogeneration equipment at the local wastewater treatment plant. The contacting partnership will improve public safety and service, reduce energy consumption by 37% and enhance the local economy with the fact that 70% of the project is handled and implemented by local organisations.

Towards the end, it is important to understand that to have better smart cities in the future, integrated planning, pilot programs, public-private partnership, are some of the key factors that need to be approached. Till date, a lot of local concerns within the cities are resolved by implementing a specific solution to a problem. However, in the future, the cities will adopt a comprehensive approach that doesn’t focus on a single factor but creates an overall-connected city plans. Just like the smart LED street lights that serve multitudinous purposes instead of just providing a well-lit path to a passerby.

How IoT Can Help Smart Cities Beat The Environmental Challenges?