Home Europe London – The Dawn Of Tech-rich Life Is Here 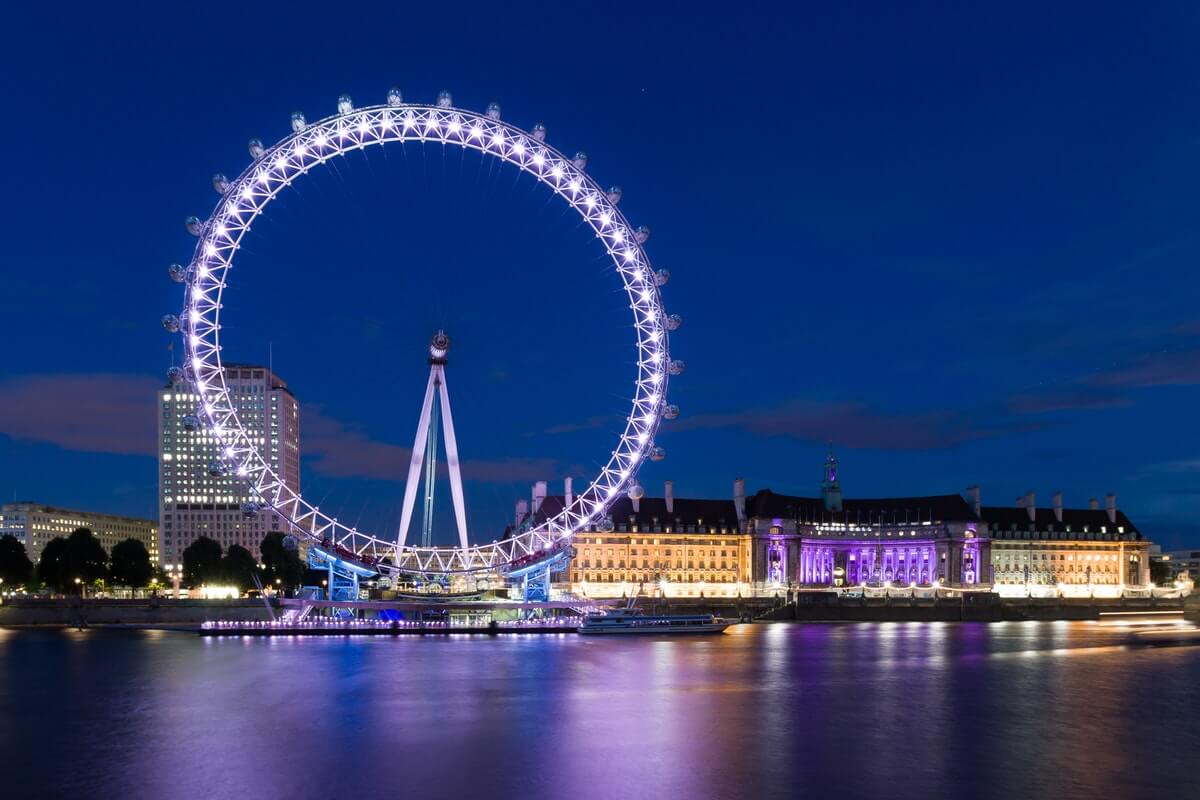 “When a man is tired of London, he is tired of life; for there is in London all that life can afford.” – the quote by Samuel Johnson, in the year 1777

London has a long history of inventions and artistic creations that have always attracted the world’s attention towards it. Being a world-class centre for finance, industries, culture, art, and technology – the capital of UK has always endeavoured in making London a better place where the Londoners can afford to live a smart and sustainable life.

Coming to London’s smart city trends, there are miscellaneous initiatives – some of them yet to begin, some advancing and others already under the belt. But, one thing that is constant in the city is the bustling population and the strategies to meet the quality demands of the population. So, let’s learn how London is keeping up its pace in offering innovative tech-rich life to its people!

The Smart Technology Plan Of London

As per the estimates, London’s population will increase by 1 million in the next 10 years and 10 million is estimated to be the number by 2030 which is leading to issues like:

To overcome the challenges being faced, London is deploying best practices through innovative technologies. This calls for varying degrees of collaborations between government, startups, organisations, universities, and Londoners so that the initiatives turn out to be beneficial for everyone. For the same, the Mayor of London established the Smart London Board in 2013. The operations of the board are prioritised in creating policies and strategies that can enhance the use of digital technology for the people. The Board is in charge of looking after the pace at which the city is improving. Moving further, the Smart London team is bringing people, professionals from diverse sectors, data and technology together to find innovative and competent solutions to London’s challenges.

Some of the cutting-edge tech initiatives embraced by London prove how smart the city is:

For Technology Companies, London is a platform where upgraded technologies and innovations can be manifested. And so, the companies are linking up with the global level research institutions of London. Some of them are mentioned below:

The advancements in these tech investments will give the city far-flung results:

Ever-increasing population leading to traffic congestion has been one of the greatest challenges for London. Yet, through its cutting-edge mobility systems including smart parking initiatives, London is showcasing the effort in managing the chronic congestion problems. Going forward, the authorities of ‘Transport For London’ have presented their affirmation in investing £4 billion in road transportation in the coming ten years, inclusive of £200 million investment in the bus network.

While considering the recent transport initiatives of London, Heathrow pod is an example of a classic zero-emission transport option launched by the city in May 2011 – one of the best transport systems in the world so far.

The Heathrow pod is a dynamic rapid transit system which was created by British engineering company Ultra Global PRT formerly known as Advanced Transport Systems. This is the first one-of-its-kind public transit system launched at the London’s Heathrow Airport. The system connects terminal 5 with the business car park situated towards the north of the Airport. The operational system comprises 21 public pods running on a 3.9 kilometer route. The initiative has proved to be very beneficial for the city. For, the journey through pods has eliminated the need for travelling in a bus which used to account for 70,000 journeys per year equal to 100 tonnes of carbon dioxide emitted each year.

According to the Ultra Global PRT, the new technology introduced with rubber tyres on an open guideway is economical and cost-effective (including the construction cost). As per company reports, the total cost of the entire system ranges between £3 million and £5 million per kilometre of the guideway.

Furthermore, the successful journey through Heathrow pods leads to three UK based companies, Westfield Sportscars, Heathrow Enterprises and Oxbotica, part of GATEway (Greenwich Automated Transport Environment) to create a fully autonomous, driverless pods. The companies envision to improve the existing technology that could reduce the carbon emissions to an extended degree.

The Rise Of New London With Datastore

When it comes to building up a smart city, constant public engagement and connectedness within the community are crucial for a holistic progress. London is aware of this fact and so it has presented to its people a free open-access data platform the ‘London Datastore’.

London Datastore connects every citizen to every event happening in the city. It is open for everyone to gain access to information and statistics starting from property prices to crime rates. The Datastore connects the developer community with the city data.

The advantages of the shared-data resource lie in that every month more than 50,000 residents, companies, researchers and tech developers make use of the data to manage daily operations and plans in the city. After datastore was launched, nearly 450 smartphone apps were developed. In addition, the data will assist the policy makers in analysing the best possibilities of growth in different areas, help the parents and authorities involved in process of school placements etc.

Besides, Datastore publishes series of blogs and provides a forum where people using the open data can have productive discussions. The blogs released timely, involve updates on Datastore initiatives, discussions on new smart city ideas and much more.

DataStore received the international Open Data Institute (ODI) Open Data Publisher Award in July 2015 for being a leader in creating a local and regional government data open to access for everyone.

The first major rail infrastructure project in the United Kingdom is on its way. The innovation program is named as ‘Innovate18’ by the Crossrail after releasing its 2018 launch date. The program is reaching its final stage having a partnership with the academia at the Imperial College.

The rail about to gain momentum in 2018 will enable 1.5 million people to commute in a span of 45 minutes in the most important business locations of the city. Construction work is going on to excavate 26 miles of new tunnels through the complex sub-way network. In 2018, the passengers will be able to commute through this rail network with 10 new stations on the list.

The challenge for this project lies in delivering safe and efficient journey. Carrying out the construction work and avoiding any public inconvenience is another big deal. To accomplish this, Crossrail is adopting the newly arrived technology and advancing the existing technology to new levels.

As thousands of workers are upfront at testing new technology and innovative ways of working, a lot of it has never been tested on such a large-scale project before.

The Innovate18 program will add to the classic culture of the railway network in London and will sustain London’s name in being the world-class city with ever-advancing technology.

The innovation and technology stories coming from the city of London connote the robust yet flexible and smart future for the city situated on the River Thames.