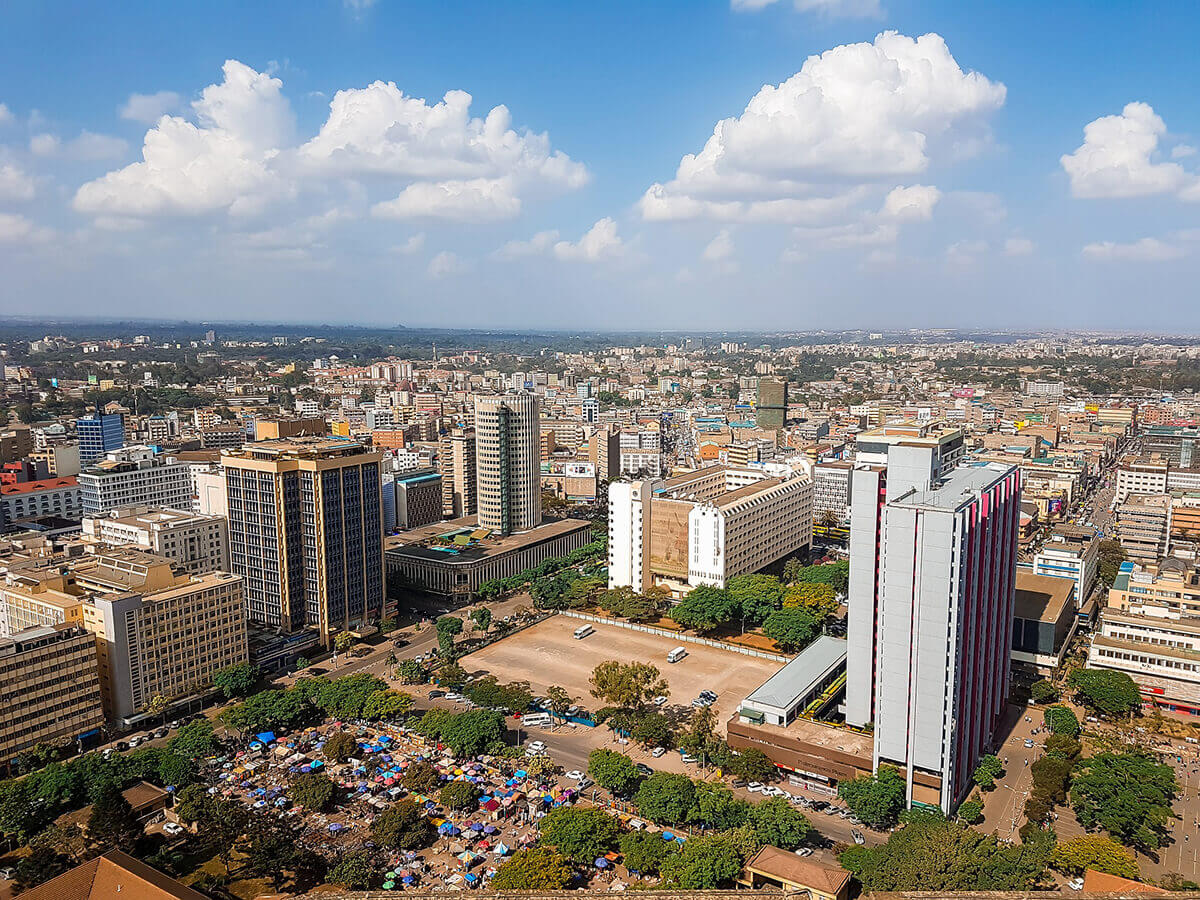 Even today, a large part of Africa’s population lives in the rural areas. Many African countries are yet in their relative infancy when it comes to addressing the challenges like pollution, traffic congestion, inadequate housing and public facilities, electricity and water crisis. But according to CNN, Africa is expected to lead the smart city initiatives and stand as the fastest urbanising continent in the world by 2020. It is actually not just CNN who believes it. Even the global research firm Deloitte supports the prediction. In fact, Deloitte has some very evident proof that clearly indicates what characteristics of Africans will help them lead the future.

Furthermore, the tech companies along with the public and private sector are bringing all the possibilities together to upgrade the livability standards in the region by creating smart cities.

Among them, the two capital cities, Nairobi of Kenya and Cape Town of South Africa are leading the way towards a smarter future. An interesting part of their smart journey is that they see Singapore as the role model for a better transformation in the future.

Nairobi – The Most Intelligent City

For two consecutive years in the recent past, Nairobi won the title of being the ‘Most Intelligent City.’ Over the past decade, not just Nairobi, but the whole of Kenya saw a big leap in ICT sector when mobile phone subscriptions between 2005 and 2015 increased from 13.5% to 81.9% (per 100 individuals). The rapid expansion of mobile connectivity across the country leads to ample of opportunities for businesses and startups to flourish. Today the country stands at the top of the list with the highest number of citizens using smartphones for money transfer. When the local banks use to charge more on money transfers and were unsuccessful in having a wider reach, startups like Safaricom grabbed the opportunity and launched its first mobile app M-Pesa in 2007 which became popular in no time. The app allows people to transfer money and pay bills easily anytime even from the comfort of home or offices.

At present more than two-thirds of the country population use this service contributing towards 44% of the country’s GDP and transacting about US$28 billion. M-Pesa proved to be a game-changer and inspired many entrepreneurs to launch their own startups. So, in 2010 Nairobi allocated a major investment in setting up the iHub – a tech incubation centre that enables entrepreneurs and innovators to work collaboratively. By 2015, iHub was successful in creating more than 1,300 jobs and 150 start-ups across the region.

The Silicon Valley Of Nairobi

In the near future, Nairobi is planning to create its very own Silicon Valley, known as Konza City. The project under planning stage is expected to be accomplished by the year 2020. It is a 14.5 billion dollars project being funded by the private sector.

Konza City will be home to a network of tech companies, hospitals, schools and a university campus. The city located 60 km away from the centre of Nairobi will generate more than 20,000 jobs directly and indirectly. The city will create a new wave of innovation with world-class information and communication infrastructure, education and life sciences. It is deemed to be a smart city equipped with smart devices like sensors that will gather data from roadways, buildings, public facilities and more. In addition, the Konza City will connect to Nairobi through high-speed train. Everybody in the city will have access to real-time data in terms of traffic maps, emergency warnings, details on energy and water consumption and much more.

Nairobi owns the largest green building project in Africa called the Garden City. It is a mall that houses the largest solar car park. The roof of the parking area is installed with 3,300 solar panels that work with a unique dual-mode technology system generating 1256 MWh electricity every year. The solar power will work alongside the diesel generators and also give a back up to failed grids that will result in cost savings. Depending on the condition, the energy usage will switch between diesel generators and solar panels. This initiative is anticipated to cut-down the annual carbon emissions by 745 tonnes helping the country achieve its clean energy goals. 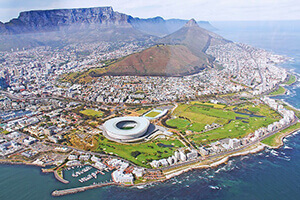 Towards the south of African continent, Cape Town is flourishing with constant ICT implementations and strategic planning. This smart approach of the city government is attracting businesses from across the globe to improve the lives of citizens.

Tourism, manufacturing, finance, IT and transport sector are the major contributors to the economy of the city. The Cape Town government has a roadmap that will help the place transform into a smart city. The current smart city initiatives of the city government revolve around four pillars – digital infrastructure, digital inclusion, digital economy and e-government.

Cape Town has created Emergency Dispatch Centre that acts as the rescue centre for the city. The resource planning software SAP is used by the centre to develop an integrated public safety solution that enables efficient rescue operations and data sharing. The data gathered is used for disaster risk management, law enforcement, metro police, traffic, fire and rescue and its investigation unit.

Until date, Cape Town is facing water crisis and rigorously finding out ways to resolve the issue. One of the initiatives to fight the challenge was the implementation of utility meter reading which helps in eliminating the manual data-process errors. By far, the meter reading system has helped the city in reducing the water and energy consumption by 10%. It also enables the government to plan and invest in new resources effectively. All the more, the city has also installed solar heaters in 10% of the residential buildings to curb conventional energy use.

Cape Town created an open data portal for its citizens to enhance transparency and better usage of data for social and economic benefits. At present, the city has 86 datasets for download. Research institutions, local universities, innovation centres, startups and government agencies are all leveraging the benefits of the datasets for free while being the primary users of the open data.

One of the examples of effective use of the open data portal is the IBM Fire Management Portal. IBM developed the portal by taking the fire incident data from the city’s open data portal and adding it to the historical weather maps from its own weather portal. The integrated system can now predict high and risky fire incidents extremely well. This helps the officials in preparing for emergency responses effectively.

The ICT sector in Cape Town saw a major investment of $15 million in the past two years. The Western Cape government allocated $1 million to broadband infrastructure and $2 million to the Digital Inclusion project. This funding promotes access to internet services and training people in basic computer skills.

Towards the beginning of 2017, the city installed 72 public WiFi hotspots and by 2018 it aims to install one hotspot in each of 384 municipal wards. The development phase in Cape Town is being supported by high-speed fibre optic infrastructure for broadband that has reached a length of 848 km.

E-government which is among the four pillars of Cape Town is already on the go with multiple initiatives. The citizens are able to pay utility bills, apply for municipal services, licenses and permits, report an emergency or crime, request for service and maintenance and much more with the use of internet from anywhere. A good number of smartphone apps have connected the Capetonians to the city efficiently. One of the apps called WhereIsMyTransport (WIMT) was launched in 2014. The app helps people in the city with information about fares, routes and frequency across all the modes of transportation such as BRT, bus and rail. Moreover, the data is available to anyone who wants to build an app or website.

The two capital cities of Africa are on the path to becoming a role model for other cities in the continent. The smart city initiatives truly represent the innovative outlook of the cities and their willingness to embrace the technology for the good. What we need to wait and watch is how these cities learn from Singapore as a role model. It is an interesting journey ahead!

Sustainable Fashion Is Also A Responsibility Of Smart Cities