Home Living Green Buildings The New Most Sustainable Building In London Sets The Benchmark For Green... 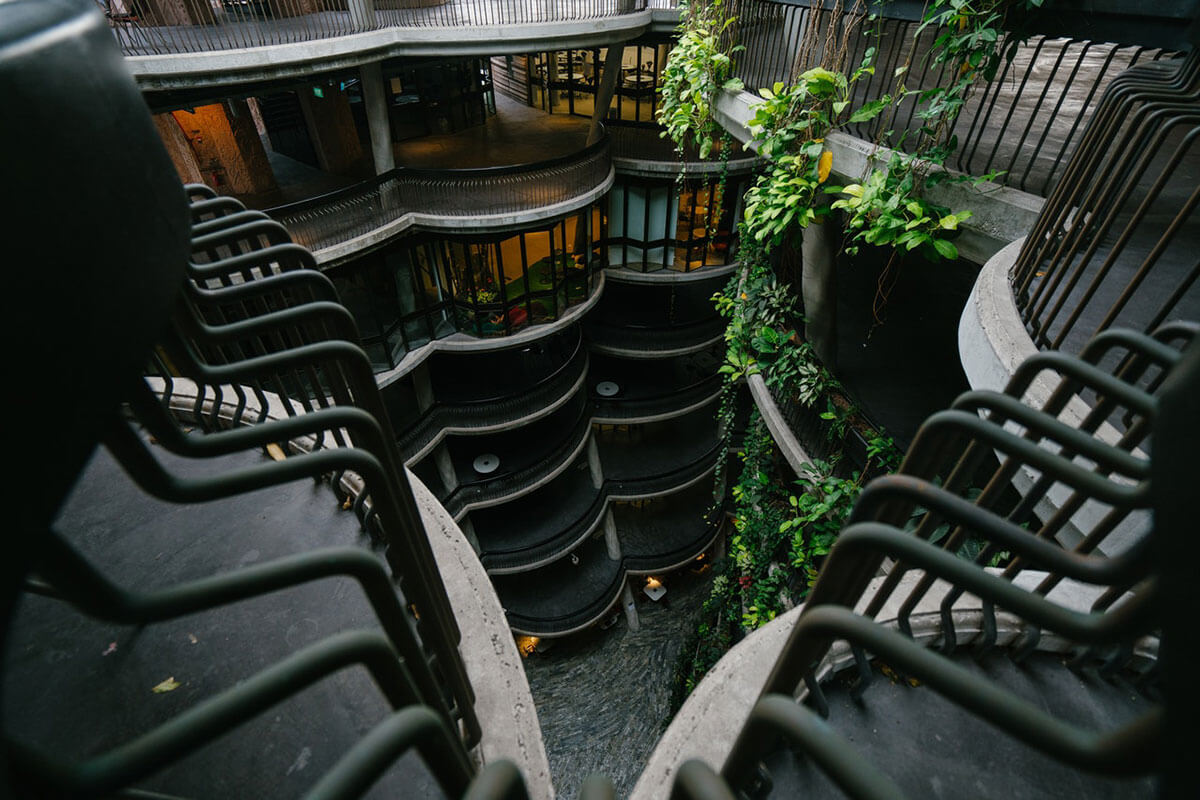 Cities are eating up energy at a pace which accounts for 80% of CO2 emissions globally. And the most energy-hungry infrastructure in cities is nothing but the buildings which consume 41% of the worldwide energy, as reported by the US Green Building Council. The statistics don’t even approximate to the other two biggest urban energy consumers namely the industrial sector (30%) and the transportation sector (29%).

The amount of energy consumed by buildings poses a serious environmental challenge in cities. Hence, here comes a dire need to design and construct buildings that operate with respect for the environment – helping the planet fight with the global warming at the earliest.

The new Bloomberg’s European headquarters in London shows up as the newest exemplary in this case. The office building opened in October 2017 is considered to be the most sustainable building in the world until date. It has set a new benchmark for energy efficiency levels and sustainability which in a way gives confidence to others to go beyond in embracing a new wave of innovation in constructing green buildings. 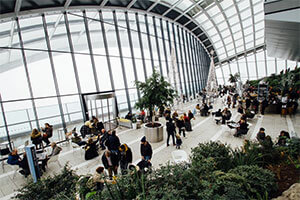 Michael Jones, a senior partner and the project architect at Foster + Partners, who designed the office building said that creating “an exemplar of sustainability in every aspect of its design and operation” was one of the main targets of the project. They were successful in achieving the target as the Bloomberg European headquarters is the first-ever office that has achieved a 98.5% record-breaking score from the Building Research Establishment Environmental Assessment Method (BREEAM) complying to the global sustainability standards.

The building is situated on a 3.2 acres historical land between the Bank of England and St. Paul’s Cathedral London. The building is integrated with innovative power, water, ventilation and lighting systems. As per Bloomberg, the facility delivers 73% of savings in water consumption and 35% savings in energy consumption and related carbon emissions when compared to a conventional office building.

The two buildings of the Bloomberg European Headquarters are connected in between by an arcade that encourages foot traffic. It conveniently directs the pedestrians to the stores and restaurants at the ground level with the adjacent Cannon and Queen Victoria streets. Moreover, the front entrance of the building can directly take the pedestrians to the Bank Underground Station (subway) via a number of public spaces including an open square.

Efficient Space: The building showcases a noteworthy vertical efficiency with as many incorporations of floors into the space as possible. Furthermore, the integration of shafts near the exterior up opposite the facade lead to more rooms for workers and their desks, eliminating the need to add extra structural support to the interior.

Innovative Ceiling Panels: The ceiling panels are custom-made with the integration of heating, cooling, lighting, and acoustic functions into an innovative petal-like design. This petal-like design helps in dissipating sound and curtailing the glare from the bright LED lights installed. It also helps in reducing the temperatures and hence cooling the building efficiently. The arrangement includes 500,000 LED lights that use 40% less energy than the conventional lighting systems. The slim design of the ceiling panels that have been squeezed into 150-millimeter space optimises surface area efficiency as well.

Sustainable Water System: The exemplary water conservation system incorporated in the building has lead to dramatic savings in water consumption. Thanks to the traditional grey water collection system on the roof including basins and showers that are harvested and recycled to serve vacuum drainage toilets. Additionally, there is a rainwater harvesting system equipped on the roof along with cooling tower blow-off water. Altogether, the sustainable water system will save 25 million litres of water every year. 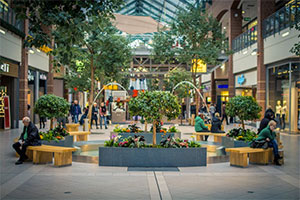 The attractive-looking exterior of the building is anchored with distinctive bronze blades that are designed as per the solar exposure and orientation. They can open and close when external weather conditions are not extreme, enabling the structure to operate in a “breathable” natural ventilation mode. As a result, the load on the mechanical ventilation and cooling equipment is cut down, reducing the energy consumption. In addition, the bronze blades with inbuilt acoustic baffles line in the interior block the noise coming from the outside and let the natural ventilation system operate accordingly.

Instinctive Airflow: We can say that the airflow of the building is instinctive as it distributes itself according to the number of people present in the office at a given time. Thanks to the intelligent carbon dioxide sensing controls that enable the air to distribute evenly wherever and whenever necessary. This intelligent airflow system that adjusts itself in accordance with occupancy hours and patterns is estimated to save 600-750 MWhr of power annually – curbing about 300 metric tonnes of carbon dioxide emissions every year.

On-site Heat and Power Conservation System: One of the most incredible aspects of the building is that it is equipped with its own heat and power (CHP) generation system that supplies energy in a single efficient way with reduced carbon emissions. Commendably, the waste heat generated from the process is recycled and used for cooling and heating. This is estimated to save 500-750 metric tonnes of carbon dioxide annually.

“One Great Building Does Not Make A Great City” – we need more such buildings!

The new Bloomberg European Headquarters opened in London demonstrates that the construction material and the method used in constructing a building are not the only factors that affect our environment. In fact, after construction, how the building operates also has an enormous impact on the environment. However, one such building can carve a sustainable culture for its own occupants but not for the entire city!

So, have a look at some of the key factors that are responsible for affecting the environment.

Buildings such as the Bloomberg’s headquarters teach a simple lesson that, we need to construct with the environment, not against it which may otherwise lead to the extinction of living species.

Geopolymer Concrete – Is This The Future Of Road Construction?