When cities think of the smart urban transformation, a majority of its focus revolves around the deployment of technology like IoT, sensors, automation, AI, among other things that can elevate the livability standards. In this concept of designing smart cities, citizens are mostly regarded as users, testers or consumers. There are very few smart cities that see their citizens as producers and sources of innovation and creativity. If cities consider the dual role of smart citizens, they are going to shape more inclusive urban communities that serve every group of society.

When we talk about every group of society, the vulnerable community of a city is often forgotten.
In a global study, a majority among the 250 smart leaders participated admitted that their smart city projects overlooked the needs of disabled people. An estimated 18% of the experts were aware of any ICT-related smart city initiative that focused on a technology that could be accessible even by the disabled. The World Health Organisation (WHO) Report on Disability shows that approximately a billion people i.e 15% of the global population lives with some form of disability. Hence, it is a matter of serious concern when the urban planners are working on creating the cities of the future.

Going further, if cities are to develop truly smart cities, they need to make technology inclusively accessible for every individual including the vulnerable citizens and the elderly. Cities can become smart only when they are dwelled by smart citizens.

A number of policy-makers and member of the public are still unclear about what exactly a ‘smart city’ is and how they can shape smarter communities. So to help them get some inspiration, further discussion throws light on two things: 1) Deploying technology considering the dual role for citizens to become smart citizens, and 2) Deploying technology that is accessible even by the vulnerable citizens of a community – addressing the most pressing challenges faced by them.

Smart Citizens As The Key Enablers 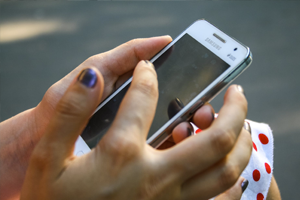 If cities are deploying a new technology, it is their responsibility to ensure all the citizens can meaningfully utilise the technology and benefit from it. This can be done by investing in education and training programs, workshops, and access to hackerspace at the community level that can help citizens get familiar with new technology and in return give them the opportunity to provide their ideas and inputs. Some of these programs can be conducted by private initiatives while some can be done by enforcing public policy and local law.

‘Making Sense’ is a platform that truly demonstrates how citizens can utilise the city data to address their local problems – enabling them to become smart citizens.

For example, Kosovo is one of the most polluted places in Europe. The Science for Change Kosovo Movement is examining the air pollution in the region by enabling young people and the affected population to collaborate and work against the challenge via evidence-based campaigns and actions.

Another pilot project known as ‘Gamma Sense’ is empowering citizens (people who are in the vicinity of nuclear plants) with new tools for data capture related to nuclear radiations. In general, incidents pertaining to nuclear radiations get relayed to citizens in a span of about 3 days. With ‘Gamma Sense’ they anticipate to bring down the time span by creating new tools that can be utilised by the citizens to monitor gamma radiation.

Dr Victor Pineda and James Thurston introduced the ‘Smart Cities for All’ initiative for the disabled people that is backed by Microsoft while being a collaboration of World Enabled, G3ICT, and their respective organisations. Smart Cities for All Digital Inclusion Toolkit is a guide that seeks to break the barriers to inclusion based on a global research and expert advice.

The first out of four tools in the Inclusion Toolkit helps cities to ensure that the technology they are deploying is promoting inclusive accessibility. The second tool provides information on three priority accessible technology standards that every city CIO and IT department should be aware of and be implementing. The third tool is a communications tool that can support the urban leaders to make the case for a stronger commitment to digital inclusion. The final tool is a database of smart city solutions that if made accessible can have a pronounced positive impact on the vulnerable citizens of a city.

The Smart Cities for All Toolkit, that features 10 languages, has already been introduced in leading smart cities of the world. 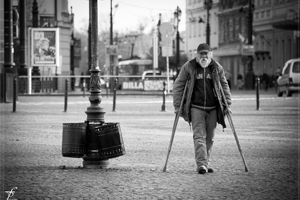 Approximately, one in five Australians is challenged with some form of disability. So, in the first quarter of 2018, the City of Melbourne rolled out an open innovation competition with an aim to make cities more accessible for the vulnerable citizens. Corporate organisations were urged to integrate data-driven and technology-enabled approaches to target issue like accessible parking, footpath navigation, and wayfinding.

The solutions that won the competition included Melba, an app that integrates Melbourne’s open data with smart assistants like Siri and Google Assist and Amazon’s Alexa to provide real-time information through text, voice, and screen readers. Another winning solution, ClearPath is a turn-by-turn navigation system that helps the visually impaired people to move around the city easily including unfamiliar places, events, construction sites, tactile ground surfaces and areas with heavy pedestrian traffic. A third solution, Eatability, provides a rating system with guidelines for the food and beverage provisions in the city that address accessibility for disability with mobility, auditory, visual, and cognitive.

“As Melbourne continues to grow at a rapid pace it’s vital we continue to re-think and re-work how our cities are structured to ensure everyone has an equal opportunity to experience Melbourne and everything it has to offer,” says Councillor Beverley Pinder, chair of the People City portfolio.

Even people that are homeless, isolated or mentally unstable come under the vulnerable population of a city. A pilot programme in New York City proved that vulnerable people can be helped much before circumstances get out of control. The city identified already available data that helped in forbidding families from getting homeless. This type of an approach can eliminate a substantial amount of pressure on finances and resources related to health and society along with the elimination of the state of adversity.

Loneliness or isolation is another primary problem that makes people vulnerable. Age UK compares the harmful effects of loneliness on health to that of smoking 15 cigarettes a day when over 1.9 million elderly population in the UK often get invisible or ignored. Fortunately, smart city technology and data has one of the greatest opportunities to address loneliness. With the ageing population likely to increase in the coming years, this is a problem seeking immediate attention.

The City of London is seeking to address this problem through Civic Innovation Challenge. The initiative has shortlisted 14 tech start-ups so that they could bring forth innovative solutions to some of London’s most urgent environmental and social issues such as isolation, housing, and dementia.

When cities start involving the entire society in leveraging the technology as tools to solve immediate problems, we are sure to create better smart cities. This is, in fact, the real quality of activism. What is more is that when smart cities are recognised owing to inputs from smart citizens, they get wider in scope with inclusive engagement – a true enabler of sustainability, resilience, and livability.