When cities are constantly transforming and technology rapidly advancing, the development leaves behind the traces of abandoned places. This also marks the decline of industries and migration in some parts of the cities – end of an era.

In 2019, The Royal Society for Public Health found that one in 10 high street shops in the UK, is empty. Such empty spaces are prevalent around the world while innovation replaces old fashion. This also involves a significant shift in the economical, environmental and political characters of a place.

However, these forsaken places are nothing less than a sustainable resource. They have extreme potential for repurposing and reconstruction by bringing them back into the community. For example, the Clerkenwell fire station in London was repurposed as a temporary homeless shelter in 2019.

On the other side, countries like Switzerland are developing the city inwards with the aim of not claiming more land. While the former example shows benefits for our society, the latter emphasizes stopping further intrusion into the natural world.

Yet there is more hidden value within these abandoned urban spaces. Come, let’s explore the long-forgotten virtues of the forsaken places.

A look into the different aspects of an abandoned area, reveals multiple benefits for a smart city, its people, and the environment. What if these places are repurposed?

Next, we take a look at a few of the repurpose initiatives going across the US.

An Empty School Premises Transforming Into An Eco-Village

A former high school in Harrisburg, Pennsylvania is an empty place covered in graffiti. But soon this place will turn into an eco-village comprising housing, commercial and co-working spaces for budding entrepreneurs. The development is being managed by The Bridge. The startup has intentions to repurpose similar sites in under-resourced neighbourhoods in other cities.

Harrisburg “is the epitome of systematic oppression.” Garry Gilliam, an NFL veteran, Harrisburg native and co-founder of The Bridge says. The state capital has a poverty rate of nearly 30%, which is much more than the average in Pennsylvania. Its Black residents are almost twice as likely to live in poverty than white residents.

Then there is a lack of access to healthy food within the Harrisburg community. There is one grocery store within its vicinity. Other nearby smaller stores do not provide the valuable nutrients essential for every adult and child. Hence the place will also have a dedicated piece of land to grow food.

The on-site indoor farm will apply aeroponic systems to grow crops on walls. It will not require soil and will focus on food that isn’t available locally.

With sustainability at its core, the new neighbourhood will have rooftop solar panels, rain gardens and a rainwater harvest system. Rather than using new resources, an existing building will be put to reuse. There will be 50 apartments for different income levels to help provide high-quality affordable housing.

The Bridge has approval from the City of Harrisburg and currently, they are working on fundraising. The startup is planning to expand into low-income neighbourhoods in other cities, speaking to athletes and influencers of colour to invest and lead each project.

Besides, this adaptive reuse allows healthcare to come out of their centralised systems and reach patients in new locations. Especially, when a medical facility is nearby a patient’s home, it becomes highly convenient.

In fact, many not-in-use shopping malls have been brought to use as an extension of a larger hospital system. Thanks to the recent shift in the retail sector. The new transformations are happening in different manners. Mega malls and strip malls are finding their new purpose as speciality clinics, imaging centres, or primary care offices.

For medical clinics, the key to repurposing is to reformat a facility already having the necessary basic structure for their needs. For instance, an existing building with a low ceiling may not support practices that involve large medical equipment.

However, with many vacant places available, healthcare facilities are not having the trouble to find a space that suits their needs. One of the best examples is the new medical centre at Hudson Valley Mall in Ulster, NY. The new and advanced facility opened in the fourth quarter of 2019 in a place that once used to be a retail store.

The $17-million project includes 28 exam rooms employing 40 staff members that can serve over 5,000 patients annually. And now the place will have no physical connection to the rest of the mall. The Hudson River Health Care is just one of the many such projects happening across the US.

During CNT 2012 Reinventing Chicago Hackathon, Audrey Handerson and programmer Daniel Fehrenbach of Elevate Energy created Hidden Value in Abandoned Buildings (HviAB). This tool takes into account location and property value and matches it with amenities located within a half-mile range.

The matching process applies latitude and longitude to calculate the distance between each property and a database of amenities. The results are then displayed on a Google Map. The tool utilises data from the Vacant and Abandoned Buildings Finder compiled by Derek Ader. It also takes data from the Centre for Neighbourhood Technology (CNT) H+T Affordability Index. The index calculates the affordability of specific areas based on housing and transportation.

When residential spaces were standing empty, families were being forced out of their home through foreclosure and eviction. For Audrey Handerson, it was ironic, after which she came with the idea to promote restoration of vacant buildings for affordable housing. Handerson aims to contribute first in Chicago and then wherever abandoned properties are located.

HviAB provides a visual representation of location which is the most important aspect considered by real estate agents. Hence, the tool can be useful for planners, developers, architects and community-based organisations.

They can easily identify locations where empty properties are near a sufficient concentration of amenities. With amenities, it also means taking into account accessibility to transport options. Because transportation costs are the second-largest single expenditure for households throughout the US.

Going further, Henderson is planning to update the database of abandoned places and build a more comprehensive database of amenities and resources. Until then, the prototype is available online for use.

As a matter of change, the ever-evolving smart cities will keep seeing such abandoned places. But at the same pace, cities need to keep finding a way to bring them back into the community.

Has the COVID-19 Pandemic Impacted the Environment for Better or Worse? 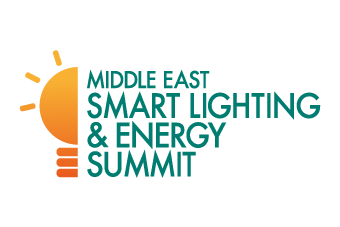 The World Needs Everyone To Act Against Online Extremism