Home Middle East How Is Dubai Re-inventing The Defence System For A Happy Living?

Dubai began its innovative technological journey in 1999 with the promulgation of its maiden ICT strategy. This was followed by back to back smart city initiatives involving the launch of Dubai Internet City, Dubai e-government, Dubai Smart Government and the Smart Dubai Initiative (in 2014).

And now, another smart plan added to the list recently is ‘Smart Dubai 2021’ – a five-year smart strategy that fulfils the vision of His Highness Sheikh Mohammed Bin Rashid Al Maktoum, Prime Minister, Vice President and the Ruler of Dubai, “to make Dubai the happiest city on Earth”. As the role of technology plays a fundamental role in achieving the mission, His Highness describes technology as an enabler rather than a principal goal.

Going forward, the smart civil defence initiatives rolled out by Dubai Civil Defence are the inherent strategies of Smart Dubai 2021. The entire idea behind every initiative is to make Dubai safe, happy and resilient for the citizens and the travellers. So, how is all this happening and what are the civil defence plans taking shape in 2018? We are here today just for those interesting tidings!

The success story of the collaboration commenced on 26 and 27 April 2017 during the Huawei’s Global Safe City Summit in Dubai when more than 350 global public safety and security stakeholders were invited to the UAE to share ‘smart city’ insights, experiences and achievements in the event. During the two-day event, Huawei announced its commitment to developing innovative solutions for smart city ICT infrastructure in partnership with Dubai Civil Defence.

As declared, the smart solutions include the creation of an ICT infrastructure comprising cloud computing and cloud data centres, big data, software-defined networking (SDN), business continuity and disaster recovery (BCDR), unified communications, intelligent video surveillance and other myriad forms of smart city technologies. The initiative is moving ahead with successful effort exhibited by both the parties.

Pertaining to the collaboration, Alaa Elshimy, managing director and vice president, Huawei Enterprise Business, Middle East said, “Huawei is proud to build on its ongoing commitment to Dubai government through this MoU with Dubai Civil Defence, which will see both parties collaboratively develop safe and smart city solutions that leverage Huawei’s global expertise in smart city deployments.” He added by saying, “Smart Dubai 2021 initiative sets a powerful precedent for other governments around the world to follow, and clearly demonstrates the broad vision of Dubai’s leadership for the improvement of the quality of life for its people and humanity as a whole.”

Huawei has spread its global Safe City expertise while offering solutions for public safety and protection in more than 200 cities across 80 countries that are home to more than 800 million people in the world.

Dubai Civil Defence is embracing technological innovation with an objective to provide easily accessible e-services to business partners, vendors, contractors and to make the much-needed resources available so that all of them can align with Dubai’s Fire and Life Safety Code of Practice seamlessly. The DCD has committed to deliver unmatched service to the people of Dubai by harnessing the most advanced innovation available today. Of course, all this is to make Dubai the happiest city. 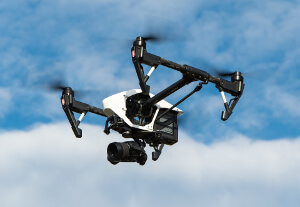 Dubai Police had already announced the deployment of drones in monitoring traffic. And after a month’s time, it was Dubai Civil Defence who introduced the usage of drones in firefighting missions. So, we can say that emergency services in Dubai are passing through a revolutionary phase.

The safety drones were demonstrated at GITEX Technology Week last year. The drones are capable to fly over the fire scene immediately providing live video updates to the control room of Dubai Civil Defence. At the ground level, the drones will enable the defence staff inside the control room to gain quick insight into the emergency situation and respond back more efficiently.

Colonel Ali Hassan Al-Mutawa, assistant director of the Smart Services Department at Dubai Civil Defence said, “One of our key responsibilities to the public is to remain fully alert while managing our resources effectively and efficiently in facing emergency situations. By collecting real-time video information faster and sharing that intelligence across more channels, we are better able to help Dubai progress towards its goal of becoming the happiest city in the world and achieve its Smart Vision goals.”

Impressively, this is not the only thing DCD is up to with. An exceptional piece of technology named ‘Dolphin’ is being used by the defence team as a firefighting jetpack much before the drones were introduced. The Dolphin raises the fireman into the sky (aiming at the target) by using the water pressure generated by an attached jet ski. And this actually works! In February 2017, Dubai Civil Defence team was able to save 14 sailors from a fire that broke out on a boat in Dubai Creek using the firefighting jetpacks.

According to reports, in 2018, Dubai will get the inspiration from Singapore who is deploying firefighting drones most effectively.

The Civil Defence Stations Of Future 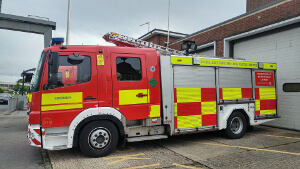 Again, this one too is a part of the Smart Dubai 2021. It is one of the newest projects of Dubai that is going to roll out in 2018. The existing Civil Defence stations will be replaced by new futuristic defence structures in Dubai.

As per the news from the Brigadier Rashid Khalifa Al Falasi, assistant director of fire and rescue services at Dubai Civil Defence, the new stations will operate only through the solar system and clean energy. This will not only increase the renewable energy dependence but also reduce the cost of operations.

During the Intersec Middle East Security Conference in Dubai this month, Brigadier Al Falasi announced that, “We will use stylish designs for the eco-stations. Each of these smart stations will have at least 141 firefighters.” Further, he added by saying, “The new stations will help us prepare for future challenges with the rapid developments in the fast-expanding city.”

Apart from the autonomous firefighting boats and other smart firefighting vehicles, the new stations will harness innovative smart devices provided by Dubai Civil Defence in 2018. 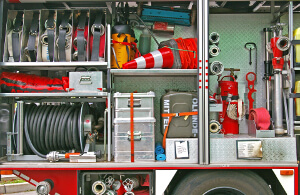 Besides the initiatives mentioned, in 2018 Dubai is going to witness a new era in tackling the emergency situation effectively. A 24/7 fire alarm systems will be installed in the residential as well as commercial buildings in the city. To set the initiative in motion, Dubai Civil Defence has signed an agreement with Etisalat. It is said to implement soon in the near future.

In context with the tackling the emergency situation, DCD had organised thousands of evacuation drills in 2017 where more than 540,000 people participated. The aim of the event was to spread awareness among the citizens about what must be done when a fire breaks out in a building.

Brigadier Al Falasi added, “We aim to educate more people about evacuation in case of fire and in 2018 will have more drills in commercial, industrial and residential areas especially in the high-rise towers.”

The innovative milestones achieved by the Dubai Civil Defence are really appreciable. These initiatives stand as inspirational examples which could be used by other smart cities in the world. Dubai strongly believes that with wise leadership, planning and determined implementation, the city challenges can be addressed efficaciously. We hope every city across the world embarks on bold new ventures with the same belief.

How Nations Can Help People Stay Away From Coronavirus Misinformation?