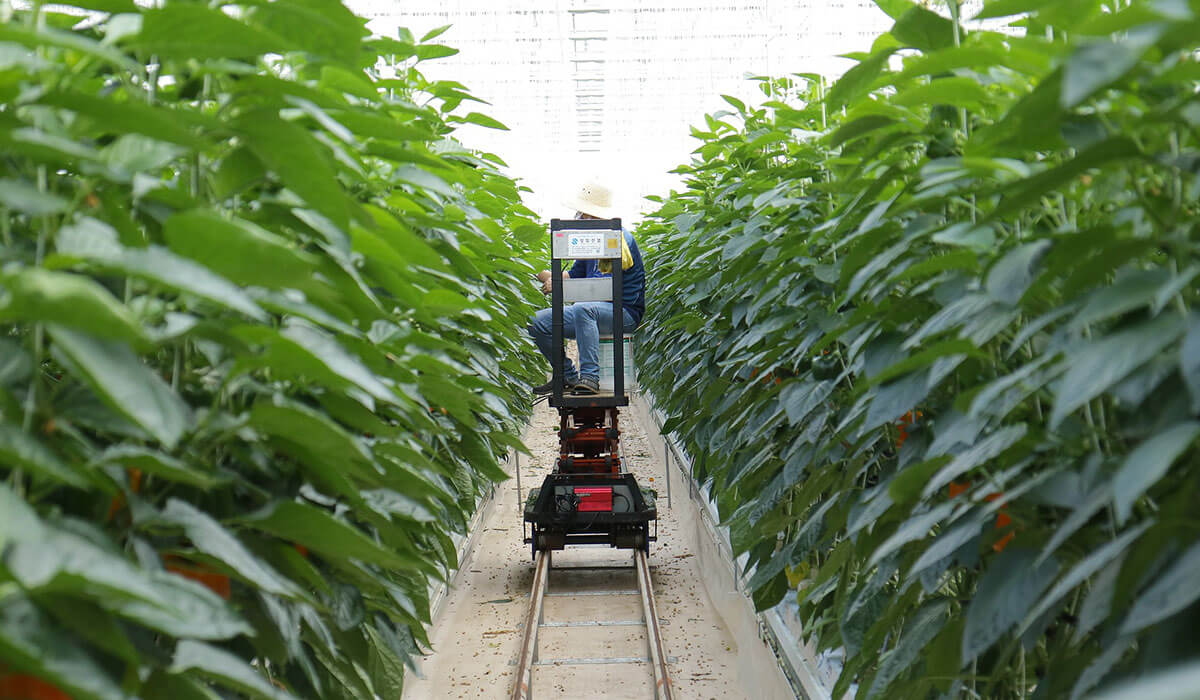 Smart cities are touted to be the places that will accommodate the demands of the growing population in the world. Urban farming can meet the increasing food demands alone, and therefore many smart cities have their majority of focus on the same.

Nowadays, instead of shifting the agriculture legacy of the countryside to urban space, it is far more efficient to upgrade the countryside farming. As a matter of fact, current and impending technologies including IoT-enabled sensors, drones, and autonomous robots are finding their applications in countryside smart farming. From seeding to irrigation to crop health and harvesting, technological innovations have the potential to revolutionise traditional farming.

Farms are one of the most crucial ecosystems for the survival of the countryside. So why not equip our farmers with the technology, rather than losing the natural essence of agriculture by shifting it to smart cities?

The modern practice of equipping farms and farmers with technology (mostly IoT) is dubbed as AgriTech or smart farming. According to BI Intelligence predictions, the number of IoT device installations in agriculture will reach 75 million by 2020. Simultaneously, the global smart agriculture market size is expected to increase threefold, jumping from $5 billion in 2016 to $15.3 billion by 2025.

It is good news that the deployment of smart farming is gradually expanding. But how exactly will it benefit farms is explained ahead.

Sensors are intelligently used by smart cities to gather important public information. The same sensors are now used in agriculture to collect data related to weather and crops. A group of smart sensors installed at different locations on a farm is connected to a weather station on the farm. These IoT sensors gather data from the environment and transmit it to the Cloud.
The beneficial applications of the sensors include:

Specific data gathered by the sensors help in mapping the climatic conditions. Using the data, a farmer can monitor and gain insights into rainfall events, temperature, wind speed and direction, air pressure and humidity. Going as per the climatic conditions, relevant crops and the measures to enhance their growth capacity can be taken. This is also known as precision farming.

By better use of the data, farmers can also measure the risk of diseases in crops, which is one of the critical problems that lead to reduced harvest. Sensors can help monitor crop growth and health and any anomalies to effectively prevent diseases or infestations that can harm the field. This helps in reducing time, labour and money resulting in higher revenues.

Subsurface Drip Irrigation (SDI) is a widespread irrigation technique that enables farmers to regulate when and how much water their crops receive. Hence, when the SDI system is integrated with advanced IoT sensors to constantly keep a check on moisture levels and plant health, farmers will need to intervene only when required. Otherwise, the system will keep operating autonomously. This also helps farmers use a precious resource such as water optimally.

Besides monitoring of crop and weather conditions, IoT sensors gather data relevant to animals used on a farm. For example, Cowlar delivers smart sensors as wearables for cows. These sensors provide data including temperature, activity, health, and nutrition insights on each individual cow as well as collective data related to the herd.

Robots are increasingly being deployed in various industries to eliminate human error as well as labour. As farming is a labour-intensive job with most of it comprising repetitive and standardised task, it is an ideal area for automation and robotics.

Agricultural robots or Agbots are starting to appear on farms performing tasks from planting and watering to harvesting and sorting. Agbots- The smart farming technique will unlock possibilities to produce higher quality food with less human labour.
Some of the jobs Agbots can perform are discussed as follows:

The most crucial aspects of crop maintenance include weeding and pest control. This repetitive job is ideal for Agbots. A few prototypes including Bonirob from Deepfield Robotics are already being developed.

The car-size Bonirob robot can navigate autonomously through an agricultural field using video, LiDAR and satellite GPS. The developers are using machine learning to help robot identify weeds before pulling them. Furthermore, robots can be equipped with sensors, cameras and sprayers so as to identify the pests and application of pesticides.

For harvesting, it is important to know when the crops are ready while planning according to the weather and completing the harvest operation within a given timeframe. Currently, a wide range of sophisticated machines is being used for crop harvest which can turn autonomous in the future.

Pansonic has developed a tomato-picking robot integrated with advanced cameras and algorithms that aid in the identification of tomato’s colour, shape and location to determine its ripeness. The robot picks the tomatoes by the stem to avoid bruising.

Drones As The Next-generation Scarecrows? 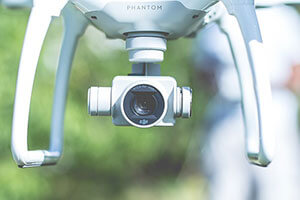 The thousand-year-old technique of driving away birds through scarecrow now seems no more effective when these smart birds are around. Yes, we are talking about drones! How about deploying a fleet of drones on a farm that keeps the place under surveillance 24/7? This will undoubtedly come up as a boon to farmers.

While we already have drones used to scare birds away from agricultural fields, its widespread application may take some more years.

One of the most useful applications of drones is being seen in real-time monitoring and analysis of fields and crops. The benefits are tenfold when a fleet of drones is used rather than a team of workers spending hours on their feet or a vehicle to visually keep a check on crop conditions.

Of course, currently, helicopters and small aircraft are used over the fields to capture aerial images. But drones equipped with cameras can be better at capturing images at a fraction of the cost.

In fact, drones equipped with advanced camera systems are available to capture photographic imaging ranging from standard to infrared to ultraviolet and hyperspectral imaging. Many of these cameras can even record video. In addition, the image resolution used by the drones is constantly improving which can help farmers receive accurate data of the fields.

Going further, detailed and accurate data can enhance a farmer’s capability to monitor crop health, assess soil quality and plan seeding locations. Regular field surveys via drones can improve planning for seed sowing patterns, irrigation and location mapping in both 2D and 3D.
This smart farming technique results in the overall optimisation of resources and the land as well.

Researchers at Monash University conducted a successful experiment with drones and microwave sensing technology which indicates drones could be much more for farms in the future.

Not to mention, tractors are part and parcel of farms, it is anticipated that these will be some of the earliest machines converted to driverless vehicles.

As the concept of autonomous tractors is still in the nascent stage, human effort will be necessary to establish the field and boundary maps, define operating conditions and program the best field paths using the path planning software. Additionally, farmers will have the responsibility for regular maintenance and repair.

According to CNH Industrial, driverless tractors will be able to use big data like real-time weather satellite information to make the best use of ideal conditions without human intervention.

The application of AgriTech has tremendous benefits in saving resources, reducing time, money and labour and delivering higher-quality food in greater amounts. Hopefully, equipping the countryside farms with AgriTech could be the solution to meeting food demands in the future while smart cities keep playing their essential roles.

The Safe Cities Index 2019 Reveals The Safest Cities In The...