Home Society Connected Communities The Smartest Cities Around The World 2017

Every year emerges with a list of leading smart cities around the world with an intention to inspire and influence other urban centers to bag the top ten ranking – to produce more and more such smart cities. This is not it. The infrastructure, technology and the overall developmental progress of these cities demonstrates a clear working model for other cities to look upon.

To contribute in this field, Prof.Joan Enric Ricart and Prof.Pascual Berrone, Professors of Strategic Management at IESE(Center for globalisation and strategy) along with their team have created an analysis report on 180 major cities based on the 79 indicators across 10 different areas that constitute the urban life. This report has been published as a series of book – IESE Cities In Motion Index 2017.

The Areas Of Study

In accordance with the latest edition of IESE Cities In Motion Index 2017,  10 most vital platforms which are the foundation of a smart city are the economy, technology, human capital, the environment, mobility and transportation, social cohesion, urban planning, international outreach, public administration and governance. Besides, the analysis comprehend that improvement in one area tends to improve other areas. This clearly indicates that a city requires an integrated focus on each dimension mentioned above. Mere advancement in technology does not exemplify a good governance but a justified governance may definitely stand out in each of the 10 areas which are wide open to innovation, enhancement and sustainability.

1. New York
The city of leading economic institutions has grabbed the 1st position in the list. Same as in 2016, New York has maintained it’s reputation of being the ‘smartest city’ in 2017. Yet, this ranking owes to the economy of the state. But if technology is considered, it comes down to 2nd place. Additionally, in terms of social cohesion the city has proved to be weak and has been ranked 153rd.

2. London
Human capital, mobility and transportation is best in London. For the same it has acquired 1st rank in these dimensions. The city has its name to the highest number of business schools and universities which are ranked among the top educational institutes across the world. On account of international outreach city has bagged the 2nd place. And like New York, London is on 105th position for its social cohesion.

3. Paris
A world tour on your mind – you’ll never forget Paris. And that’s why Paris is the most popular and most loved tourist destination of the world. Keeping that in mind, Paris is on the 1st position. Similar to New York and London, Paris has poor social cohesion and is ranked 86th in the list.

4. Boston
One of the oldest cities of United States has been a popular economic and cultural hub. Boston which had slipped to 5th position in 2015 and 2016 has again gained the 4th place in 2017. The city has shown a level of development in terms of governance, economy, human capital and public management.

5. San Francisco
The most populated city of California state has gained a 5th position. In terms of economy it is positioned on 2nd place. The tourist attraction is the most important stimulator of economy here.

6. Washington D.C
Washington many a times has been categorised under top 10 rankings of most prosperous cities and the cities with quality of life. According to the IESE Cities In Motion the overall ranking of Washington is 6th.

7. Seoul
Seoul the capital of South Korea stands out to be a leader in Asia-Pacific region. It is one of the largest metropolitan cities in the world. Remarkably, the city has rose to 7th position from 14th position in 2014.

8. Tokyo
Taking the overall ranking into consideration, Tokyo takes the 8th position. It is ranked second in its region after Seoul. In recent years, the city has elevated by 4 places.

9. Berlin
The capital of Germany has proved its urban existence by showing a significant progress in last three years compared to any other cities. It comes 9th globally and 4th among the European cities.

10. Amsterdam
Urban planning has proved to be best in Amsterdam and due to the fact the city bags the 1st place for it. According to the reports, roughly 100% of population have access to decent sanitation facilities and the members per household is very low in the city. However, in general ranking, city comes to 10th place. It is important to note that urban planning is most prominent in European cities. 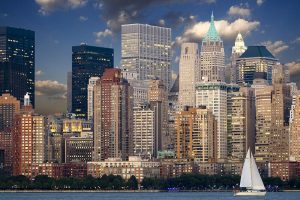 Other than the top 10 smart cities, there are few more smart cities that cannot be ignored. In North America, Chicago dropped off to 12th place from 7th. Los Angeles being 18th, Baltimore being 20th, Dallas 23rd, Houston 32nd, Phoenix 37th and Miami 48th. Buenos Aires is on 83rd position and leads the ranking in South American Continent.

Excluding the American cities, European cities like Moscow, Turin, Warsaw, Rome, Ljubljana and Milan have all shown a considerable amount of progress by shifting through 12 or more spots to higher positions since 2 years.

The African continent has two important cities namely Cape Town and Tunis which are on 133rd and 137th place respectively. While Tunis is making a headway, Johannesburg, Durban and Cairo follow the list of top 5 in Africa.

Asia’s top 3 smartest cities are Seoul, Tokyo and Singapore. These 3 cities are consistent from past one year. Following the list is Abu Dhabi on 64th place and Dubai on 66th place. Currently Abu Dhabi is dominant in Middle East and is ranked 1st in the region. On account of technology, Taipei in Taiwan is on 1st place. The number of broadband users and smartphone users per capita is considerably high in here.

Taking the above stated list into account, the complete report represents that North American and European cities are ever leading the ranking. 43 cities out of first 50 belong to North America and Europe. All the more, the top 5 cities namely New York, London, Paris, Boston and San Francisco show stability in their primary dimensions by staying under the top 10 list from past several years.

The height of difference found in the ranking of cities in each category clearly reveals the nonexistence of a perfect city. This means that even the smartest city is not yet smart in the most preeminent way and that every city has a lot of scope to improve and excel in each sphere of urban development.

The population of the world is unprecedentedly shifting to urban areas. The density in urban population would drastically grow in coming years and pave ways to more potentiality. This potential will bring increase in number of jobs, healthy living, growth in economy and social cohesion benefits. Nevertheless, there are some prodigious challenges that need to be attended simultaneously.

The analysis report prepared by IESE faculty aims at providing a strong innovation tool to 21st century city managers and municipalities by keeping the key factors in place. The report serves as a basic reference for those trying to accomplish the agenda of building up smart cities and for those debating for sustainable and valuable ideas for smart urban governance. The right approach helps in improving quality of life of citizens dwelling in urban areas.

How Smart Cities Are Learning From Nature?