Smart cities are in a great hustle and bustle to make the urban environment more sophisticated, livable and sustainable with technology. They are rushing in to cope up with the challenges of rising population, congestion, climate change and crime. On the other side are people, urban thinkers, and futurists who have different reactions to the rapidly evolving cities. Organisations such as United Nations, World Health Organisation, and the World Economic Forum have released warnings about density in the urban space aggravating problems like congestion, inequality, and crime. This, in fact, might be the reason why urban planners and developers come under increasing pressure to create cities that are robust enough to cope with these challenges.

However, a closer look at the situation of the smart cities creates a picture of different reality in our minds. For years the rural population has always been attracted to cities. Reason? Cities are hotspots of technology, employment opportunity, culture, comfort and ultimately high standard of living. The much-needed facilities available in cities lead to flow of the population from the rural to urban which leads to density challenges.

Now, the picture of the rural regions around the world reveals that in the race among the cities to create a better future for generations, rural areas are left behind. And that is the reason why people in the rural areas flock to cities.

Rural regions are as crucial as the urban regions. Both the environments call for a balance that can create harmony and sustainability. And technology is one such thing that can bring the much-needed balance in between. Few urbanites have initiated the movement to improve the rural livelihood. And there is even more that can lead to a better balance between the rural and the urban.

Technology – Element Of Equality Between Rural And Urban 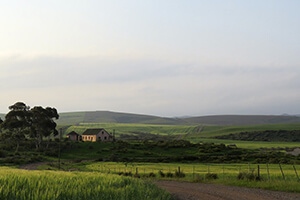 Rural living can have all the benefits of city life – actually with an added bonus of more greenery, more space, and a more relaxed and healthier pace of life. Countryside living can be made city-like just by equipping them with the technological amenities that the modern life requires. Technology can bring that favourable change where cities and villages evolve together bringing a reviving balance.

Distribution of goods – Conventionally, modern cities have the instant delivery services for goods and products they need at their doorstep. From the logistics point of view, densely packed cities have an advantage, where one vehicle can deliver goods to several locations in a way that is efficient in terms of energy and time.

But in case of the countryside, the doorstep delivery services can become more expensive due to low density. Hence, technology like drones can have a potential role to play in delivering products in the rural areas. For example, a logistics vehicle delivering goods in the countryside can accompany delivery drones. The vehicle can make its usual stops while simultaneously using the drone to deliver goods to areas which are further away from its path – making the delivery process more streamlined.

Flexible employment – A recent report revealed that 87% of the employees in the UK either work flexibly or wish to do so. This shows that people are showing their interest to work remotely and avoid long daily commutes. This also shows that employers are investing in flexible employment schemes where their employees can choose the working hours and work from different locations. As this flexible working trend is gaining grip in cities, employers can cut down on expensive office space and will have to manage the lower number of employees. This concept can actually be very helpful, as people dwelling in the countryside could work for an MNC in the city.

And for those people who crave human interaction, virtual reality can be the answer for them. Virtual reality and telepresence robots can help them feel at the workplace and give them the chance to team up and socialise.

Initiatives To Bring Balance Between The Villages And Cities 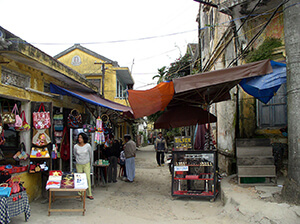 About 59.5 million (20%) of the population in America dwells outside the cities. Urbanites who live in cities significantly depend on rural areas for food, timber, other raw materials and even recreation. Though the importance of rural regions is clearly defined, 39% of the rural population in America does not have access to the broadband internet which is the key to other technological amenities. Along with this, there is lack of IT education, outdated infrastructure, and limited private investment.

Ellen Zegura, professor in the School of Computer Science at Georgia Institute of Technology is leading an initiative to bring broadband services into the rural regions. As lack of broadband services prevents the rural residents from receiving educational, social and employment opportunities. In collaboration with Elizabeth Belding, professor of computer science at the University of California, Santa Barbara, Zegura is showing her efforts in disruption-tolerant networking from the theoretical to the practical.

Hence, Zegura and her colleagues are attempting to extend the TDV network with white-space technology which operates in the unused TV spectrum. The initiative aims at increasing the internet access in the rural areas through the bleeding-edge technology.

In case of UK, about 12.7 million people live in the countryside. The UK’s rural area demographics contribute more than £200 billion to the economy. And according to the recent Environment, Food and Rural Affairs Committee report, the rural communities in the UK pay higher tax bills per house and receive fewer government grants. They have limited access to public service compared to the cities, lower income, higher house prices and underdeveloped infrastructure.

Futurescapes, Sony Europe and Forum for the Future have collaborated and come up with an innovative concept called ‘Hypervillage’ for the rural communities. Hypervillage is an effort to explore ways that can bring balance between the rural and the urban communities leading to a more sustainable future. The winning project of the Futurescape aims at providing the same technology used in smart cities to the villages – making them hyperconnected.

The concept is all about transferring and sharing the knowledge and technological intelligence to rural regions. The concept highlights the value of the rural areas by realising the importance of the countryside. It will help in keeping the countryside alive and also pave the way to opportunities for people who do not work in agriculture – especially the young people. This will create a better balance that will prevent rural regions from becoming “dormant retirement centres”.

Furthermore, Hypervillage will encourage people to buy locally produced food by advertising the local produce. This will potentially lead to a value chain of work, leisure and food production in rural England – leading to sustainable change.

Not just US and UK, but there are numerous other countries in the world where a balance between the rural and the urban is truly lacking. If at all this balance is achieved, our future generations will have two vital environments, smart cities and smart villages that will retain their local resources most efficiently while also disrupting the conventional way of thinking that cities are a better place to live and work. And this is also a fact that to a great extent challenges like population, pollution and congestion will make way automatically.